What Does Liminality Mean For The Future Of The Metaverse? 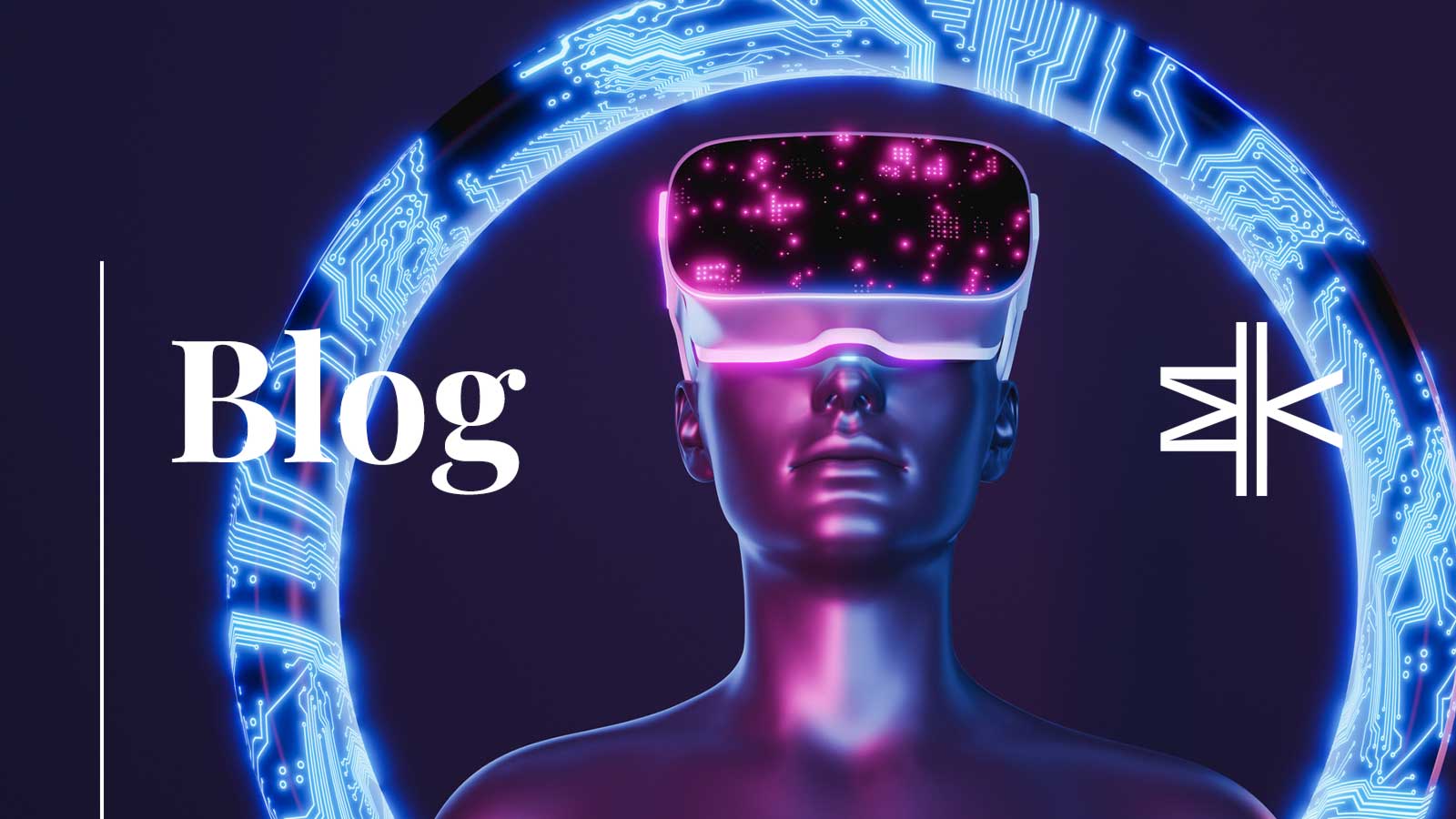 What Are Liminal Spaces?

The word liminal comes from the Latin word limen—a threshold or border between one thing and another. In psychology and physiology, liminality refers to the point or threshold at which a sensation, such as pain, becomes strong enough to be felt or experienced. In that respect, limen is the dividing line between being too faint to be realized and the point where it starts to be felt.

Liminal spaces can be described as places where different transformations take place simultaneously. In the context of the metaverse, liminal spaces are essentially thresholds you go through to experience the virtual realms contained within the metaverse. These realms enable us to experience and participate in virtual worlds without leaving our homes. The theory of liminality suggests that you can even explore places that have yet to be created, designed, or fully actualized.

In an unactualized metaverse space, users may experience liminality. Liminal spaces may feel like going out at 3am where the streets are deserted, the space around you feels vacant and the absence of familiarity persists—albeit virtually. It can be further defined as that vague sense of uneasiness felt when moving to a new city to start a new job. Your body is in a new place, but your mind hasn’t entirely caught up yet or can’t make sense of the new surroundings.

LSD: Dream Emulator is an excellent example of a virtual liminal space that emotes feelings of uncertainty and foreboding. In the game, you are tasked with exploring surreal, empty environments with no overarching objective. The player can only move and touch objects that will warp them to a different setting, primarily open, expansive, and lifeless. Some describe LSD: Dream Emulator as a “playable dream” and can be likened to the unfinished aspects of the metaverse that you may or may not have entered yet.

SCP stands for Secure, Contain and Protect. They are types of online horror games that utilize liminal spaces and the in-between to create a feeling of tension, unrest, and anxiety in their players. Most of these games are obscure and rely on experimentation and unpredictability for effective horror scares. Recent releases such as Liminal Space RPG see you “trapped in a twisting maze beyond the fringes of reality.” You are charged with drawing maps on graph paper to try and evade the feeling of dread and atrocities that live in the in-between spaces.

Alexei Vella, co-creator of the game shared via Wargamer: “The horror comes from the players playing themselves lost within an ever-expanding space that is different every time they play [...] If they don’t map correctly or remember where the horror is, it’ll always come back to bite them.” says Vella.

SCP games like these should be considered an essential framework for metaverse liminality. One can draw certain similarities between the purpose-built liminal spaces in SCP games and the liminal spaces that could crop up in unfinished or incomplete metaverse realities or universes. While SCP games intend to create tension or incite uneasy feelings, liminal spaces in the metaverse must be sure of their intent. Otherwise, developers risk creating a metaverse horror story without actually meaning to.

MoFE (Museum of Future Experiences) is a contemporary physical venue and production studio in New York City that creates high-tech immersive experiences. They explore mediums such as virtual reality (VR), extended reality (XR), and spatialized sound to develop intimate, futuristic, sensory experiences that bend the mind and touch the human spirit. Much like the metaverse, MoFE inhabits an entirely new space and offers technology-based experiences that push the boundaries of innovation and imagination.

MoFE has just unveiled its new “Liminality” collection of six hypnotic, immersive experiences that utilize virtual reality and spatialized 3D sound to explore chaos, uncertainty, and the enigma of liminal spaces. In the MoFE show, participants are immersed in a dream-like alternate reality that combines expansive and surreal storytelling with mind-altering technology. The idea behind the experience is to allow people to let their consciousness enter the dark unknown in pursuit of a brighter future.

To this effect, this is what developers of the metaverse are trying to build—whether they know it or not. We are being asked to enter a space that doesn’t quite exist yet, an in-between place. The science behind liminality is real, especially regarding the virtual realm. Experiences like those offered in art projects such as MoSEs bridge the gap between the real and virtual worlds; offering new ways to experience the space between using innovative VR and XR technology.

The Surge In Popularity Of Online Liminal Spaces

Online liminal spaces originally started to appear on message boards such as 4chan and then quickly spread across social media during the height of the Covid-19 pandemic. The virality can be traced back to a lone image of an empty hallway and quickly transformed into an internet-wide trend that amassed a dedicated following on Reddit, Instagram and Twitter. The rise in popularity of apps such as TikTok further exacerbated the trend, with users bombarded with dreamlike videos of empty (liminal) spaces with nostalgic captions.

Danish architect Karl Emil Koch has written extensively about the online emergence of liminal spaces and their sudden rise in popularity. In a recent article with Musée Magazine, he expresses that liminal spaces evoke a feeling of transition and a “waiting for something to happen” like experience.

“I noticed it half a year ago on social media such as Reddit or YouTube,” he says. “I think it has become popular because so many people feel lost in modern society and inhabit a liminal space of their own life. Always on the way to becoming something but never really being someone.”

RAMCPU, a writer on the email newsletter platform Substack, describes the recent surge in popularity of the liminal spaces as follows.

“I think people are interested in liminal spaces for many different reasons. The first that comes to mind is that people felt these isolated experiences in childhood. Sometimes reflecting on these images can help us come to peace with those weird or isolated moments throughout our life,”

It’s important to note that viral images of liminal spaces aren’t new. But, the onset of the Covid-19 pandemic supported the newfound growth of the trend. It might be because liminal spaces, as we perceive them online, reflect the mysterious and spooky sights of empty streets during the lockdown period. The multiple lockdowns we faced and social distancing rules brought more people online than ever before. Those seeking a sense of escapism looked to liminal spaces for an equal hit of escapism and eerie intrigue.

“I think people have spent a lot of time during the pandemic feeling passive and in waiting,” says Emil Koch. “They have used liminal space as a way of dreaming, remembering the past, and exploring the condition of time passing.”

What Does Liminality Mean For The Future Of The Metaverse?

By this point, you’re probably wondering whether liminal spaces will permeate the metaverse? The concept of liminal spaces and their place in the metaverse warrants more research. Still, we know that liminality in the metaverse will undoubtedly crop up in the minds of both developers and users as more metaverse spaces begin to appear. Photos and videos on Subreddits such as r/liminalspace share a unique quality of being a bit “off,” which is precisely what makes a liminal space “liminal.”

Academics describe liminal spaces as being a threshold that is indistinct and barely perceptible. While liminality has its benefits, most often associated with a fresh start or creativity and innovation, they tend to freak people out. Liminal spaces in the metaverse will appear real but create tension because of their unnatural atmosphere. That’s all well and good for horror games and RPGs, but the metaverse is being presented as a virtual meeting place that mimics the real world. This means that developers will have to consider what liminal spaces in the metaverse mean for users and the feelings they evoke, whether on purpose or unintentionally.

The problem is that because liminal spaces prompt feelings of doubt and distrust, we need to ensure that such spaces in the metaverse are fit for purpose. Imagine purchasing a piece of metaverse real estate in an up-and-coming area that hasn’t been fully developed. The land might have a mall, houses, or even incomplete architectural components. While this could be seen as a benefit for savvy metaverse investors, it still poses the risk of creeping people out, especially if the likeness to our real world is uncanny.

The metaverse offers people the chance to experience next-level immersion through VR and XR, but if we aren’t careful, the immersive states that people find themselves in while in-verse could mirror a horror RPG. While that is not inherently bad, it’s not what the metaverse set out to achieve. While there can be intentional aspects of virtual worlds that echo horror games, most metaverse users won’t be intrinsically comfortable with the fact. Because the metaverse is still in its most early developmental phase, it is possible to come across a liminal space while in-verse. People will need adequate knowledge and understanding of the liminal spaces they run into in the metaverse.

When liminal spaces are perceived as a threat, uncertainty, or a stressor, it can lead to heightened cases of anxiety, depression, or even suicidal ideation. Liminality can cause avoidant behaviors such as substance use or self-harm, which is why it is imperative to enact safeguards that help users deal with or avoid the unexpected emotions caused by liminal spaces, especially in the realm of virtuality. This could be achieved by placing watermarks or 'coming soon' signs in unactualized spaces that let the user know they're in a developing area.

It’s not all bad news, though.

Liminal spaces enable people to come to terms with disjointed memories of our past and simultaneously envision a future that will encourage us to build a more promising world than the one we were born into. The hope is that the metaverse will be a place that harmoniously bridges the gap between the virtual and physical worlds using innovative technology as its backbone. We don’t want people to get lost in the new virtual realms they find themselves in but instead want them to explore, create and learn from the new possibilities the metaverse and it's uncharted environments brings with it.

Without creativity and imagination, the meta-environments of tomorrow may fall into the realms of liminality. To ensure the virtual worlds of tomorrow are injected with character and presence, check out our article ‘Stranger Than Science Fiction: How Imagination Is Building The Metaverse’, where we discuss how our imaginations will play a pivotal role in shaping the meta-worlds of the future.