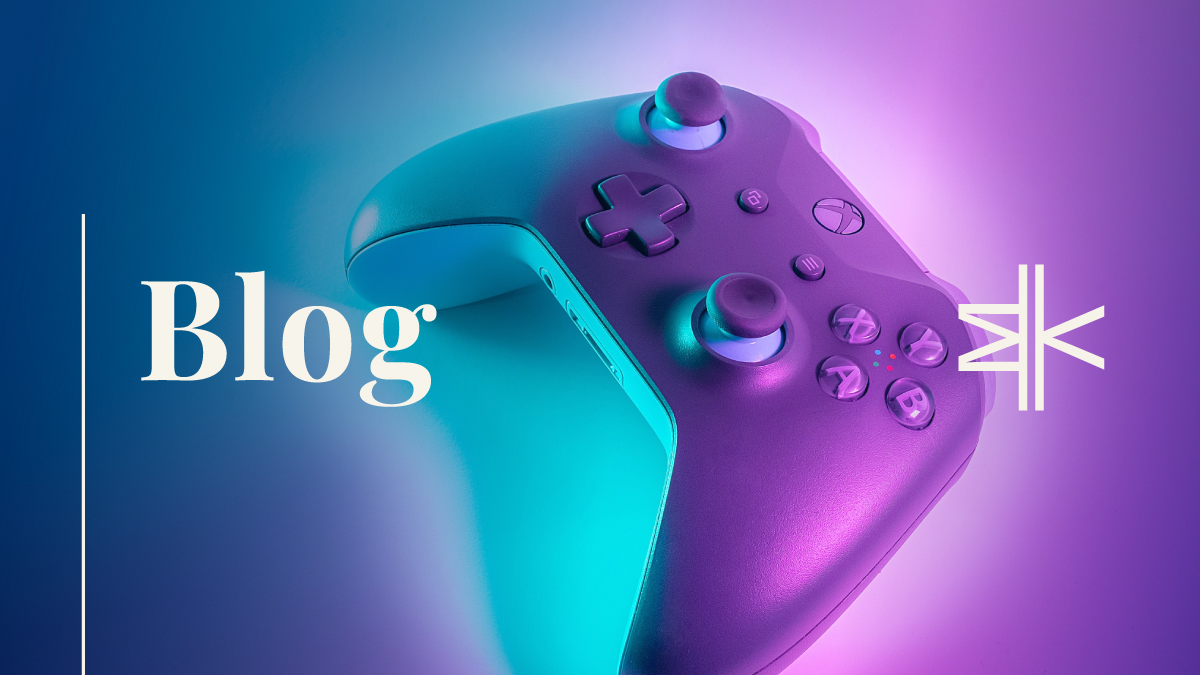 We believe that the emergent digital worlds of the metaverse will soon enter the realm of ubiquity for a significant population of the globe. Gartner predicts that by 2026, 25% of people will spend at least one hour a day in the metaverse. These stats confirm the commonly held notion that the metaverse will become 'the future of the internet.’

For those unfamiliar, you could describe the metaverse as a hybrid of technologies that layer to create live, persistent 3D virtual worlds, where users will be able to immerse themselves in radical new digital environments via augmented reality (AR) and virtual reality (VR) technology. But what can one do In the metaverse? On the internet of tomorrow, you'll be able to hang out with friends, buy and sell NFTs, create inspiring VR experiences, fulfill workplace obligations, and enter the new and exciting arena of contemporary gaming.

Users and businesses alike are eagerly jumping into developing metaverse spaces, hoping to get in on the action and capitalize on their many prospective opportunities. Just look at Microsoft's recent purchase of the gaming development company Activision Blizzard for a staggering $68.7 billion. Bloomberg's 2021 analysis also reveals that "Online game makers including Roblox, Microsoft, Activision Blizzard, Electronic Arts, Take-Two, Tencent, NetEase, and Nexon may boost engagement and sales by capitalizing on the growth of 3D virtual worlds."

With heavyweight companies like these keen to own a slice of the proverbial gaming pie, it's a clear indicator that the future of gaming is set to reinforce its grip on the world more than it already has. Changing trends in meta-spaces and the gaming industry are shifting toward play-to-earn games that incentivize players with real-world prizes. These assets can be used in and out of the metaverse—such as non-fungible tokens (NFTs), virtual real-estate, cyber artwork, and other unique digital items.

While the future of metaverse gaming is sure to introduce avid gamers to a plethora of game-changing interactive media in the near future, as of now, metaverse platforms and gaming companies already host meta-orientated games or gamification qualities that can be enjoyed by players all over the world. We think it’s only fitting that we compile the ultimate list of what we believe are the most popular metaverse games of 2022.

Axie Infinity is a turn-based metaverse game created by Vietnamese start-up Sky Mavis that launched back in 2018. The game sees players collect, train, and battle other players with fantasy creatures called 'Axies.' Axies come in various cutesy, colorful styles and can be customized in hundreds of ways. Each new generation of Axies possesses rare powers and unique characteristics. You can even buy a piece of land to build a home and raise your virtual pets.

At the heart of Axie Infinity are NFTs, which constitute the value of these digital collectibles and other in-game items. Players can earn game tokens and rewards by fighting other Axies, searching for treasure, and ranking high on leaderboards. To buy and breed Axies, players need to acquire the in-game currency called Axie Infinity Shards (AXS). Players can earn additional currency from Smooth Love Potion tokens (SLP) by winning battles against competitors and conquering in-game challenges.

Building a solid team and strengthening their Axies for battle will also give players a chance to earn tokens, which can be sold on the NFT marketplace and exchanged for real money. You'll need both AXS and SLP to breed your Axies.

One of the first digital nations in the metaverse, this monster-battle game has amassed a strong user base over the years. It has seen players make a hefty profit within its dual-token-based economy and thriving ecosystem. Despite being released almost half a decade ago, Axie Infinity's recent rise in popularity was spurred on by the increasing interest in the emerging metaverse and NFT marketplace.

Players can buy a team of three Axies and, if they choose, lend or sell to other players to earn tokens or use in other games. This metaverse game also offers a scholarship that allows players to play for free. The fastest-growing blockchain game with a market value currently standing at $9 billion and growing, Axie Infinity is particularly praised by the GameFi community for how simple and easy it is for players to buy, sell, and earn NFTs on the platform.

The game runs on the Ronin blockchain, which is an Ethereum sidechain. Users can buy Axies using their Ronin or Atomic wallet. The game's software development kit looks to push the potential of their NFTs even further by allowing developers and companies to utilize them in the creation of new games. With Ronin expected to host and develop new games and applications, third-party gameplay will further expand the fanbase and reach of this trendy play-to-earn metaverse game.

Netvrk is a relatively new metaverse game that has received praise and positive reviews for its graphically rich capabilities and unapologetic foray into the field of virtual reality (VR).

Netvrk's open sandbox was released in early 2020. Its virtual world invites players into new uncharted environments where they can unleash their creative expression in fantastic ways. Netvrk is built on the Unreal Engine, providing creators and developers with a blank canvas to design high-quality VR content. Buildings, cities, worlds—the players decide.

Players can own, sell, and mint digital assets using the platform's native currency, $NETVRK. The tokens can also be used to advertise, stake, and generate NFTs that players can sell on the marketplace or to other users. Netvrk is a great metaverse for creators who want to retain digital asset ownership, meaning everyone who helps build this metaverse can own a part.

With the recent release of Unreal Engine 5, there's a huge opportunity for the average user to create graphically rich assets in-game that can help to scale the Netvrk universe dramatically. This allows players to cultivate and build an ecosystem to develop and monetize assets.

Netvrk is a VR-exclusive experience and runs on the Ethereum blockchain. Currently, Netvrk has no options for monetizing activities on its platform, though we expect these cosmetic components to emerge as its world actualizes. Overall, Netvrk is a multi-functional immersive platform with a uniquely universal appeal.

Decentraland (DCL) is considered one of the first actualized Web 3.0 metaverses, making strides as a burgeoning virtual network setting the industry standard. Founded by Argentinian software experts Ari Meilich and Esteban Ordano, development for Decentraland started in 2015. However, it wasn’t until 2020 that they released the platform publicly.

With new games launched by developers and creatives on the platform every day, users can enjoy a game of poker, compete in a land rush competition, watch a soccer game, mine meteors, and more. Some offer NFTs as game rewards or tokens generated from their own in-game economies.

Because Decentraland allows users to design their own games and assets within its wider ecosystem, we can classify DCL as a play-to-earn game. CryptoBeasties is a popular RPG on the Decentraland platform where players can train their Pokémon-esque characters and battle it out with other players or sell assets for ETH.

Decentraland's MANA coin serves as its native cryptocurrency, which runs on the Ethereum blockchain and can be used along with ETH to buy parcels of LAND and pay for goods and services. MANA can also be wrapped (WMANA), which turns it into a governance token that players can use to score a seat at the table, and get in on the decision making. Users will need a Metamask digital wallet or other Ethereum-compatible crypto wallets to start playing and earning in this metaverse game.

Pixowl co-founders Arthur Madrid and Sébastien Borget first launched the Sandbox in 2012. It has since become a popular play-to-earn metaverse game with an impressive user base, brand partnerships, and celebrity endorsements.

The Sandbox is a voxel-based game where—via their customizable avatar—users can explore the world, complete a dungeon quest, visit attractions, frequent entertainment hubs, stroll through an NFT museum, and more.

The Sandbox encourages game developers to own a piece of the metaverse by creating games, NFTs, and other game assets on the platform. Users can also purchase virtual land parcels that can be monetized, traded, and turned into real-world value.

The platform runs on the Ethereum blockchain and uses a governance token called 'SAND' which circulates and maintains the ecosystem. SAND can be used to buy land, and generate creator and player rewards. Players can also earn SAND by staking tokens in exchange for governance privileges, and an increased chance of discovering valuable ‘Catalysts’ and ‘Gems.’

Players can sell LAND parcels and NFT assets on the OpenSea marketplace, and creators can rely on the platforms' use of smart contracts and blockchain to simplify safe transactions. MetaMask, Bitski, and Venly are all crypto wallets supported by the Sandbox.

Illuvium is an unreleased play-to-earn RPG adventure game that looks to boast impressive graphics, rich colors, and DeFi features never before seen on a blockchain project.

When released, Illuvium is expected to send waves through the gaming industry by being the first "triple-A, 3D blockchain" game.

This auto-battler game invites players to explore its expansive fantasy world in search of these mystical radioactive beasts called Illuvials, which come with unique abilities and can be captured using shards mined from the planet's surface.

Players can train their Illuvials to battle against other players to make them stronger or find and train rare, coveted creatures—both of which make them more valuable NFTs.

The platform uses the Illuvium token (ILV) as its primary currency. Players can earn ILV by conquering PvE game quests, winning competitions, and completing other in-game achievements. Players then trade their Illuvials and other NFTs on the IlluviDEX.

There are 100 unique and rare Illuvials to capture and are classified into five categories: Fighter, Guardian, Rogue, Poison, and Empath. Illuvium launched Private Beta 1 of the game earlier this year, which has already gained a player base of over 7,000, according to Illuvium co-founder Keiran Warwick.

With the Open Beta initially intended for release in Q1 of 2022, Illuvium's delayed release only looks to heighten anticipation for this AAA gaming experience once it launches on PC and MAC in Q4 of this year or early 2023.

If technology experts are correct and the metaverse succeeds in ushering in a new age of digital disruption, we can expect it to transform the way we experience and frequent social, e-commerce, financial, and gaming spaces. With Statista reporting that eSports viewership is predicted to rise to 318 million people by 2025, the mediums through which users game and cultivate passionate communities should reflect universality—the metaverse.

Underpinned by immutable blockchain technology and an ethos founded on connectivity, the metaverse will take play-to-earn gaming to the extreme by allowing players to create, monetize, and share interactive virtual experiences that directly translate into real-world value. Apart from the radical changes it'll make to the gaming industry, all signs point toward the creation of an interconnected metaverse where all digital verticals converge in one universal space.

The gaming world is broadening its reach, expanding into more than just the fields of entertainment. Within this decentralized digital era, users can create their own games, discover new ones, and retain value in a thriving gaming economy that allows them to move assets from one application to another. As the gaming industry becomes increasingly intertwined with the technology enabling it, gamers, developers, and creators alike have a chance to explore the uncharted frontiers of Web 3.0 and shape the worlds they want to inhabit.

In our article 'Stranger Than Science Fiction: How Imagination Is Building The Metaverse', we've discovered how the key to unlocking the metaverse's potential may lie deep within our imaginations.